The Power of Sleep Part 2 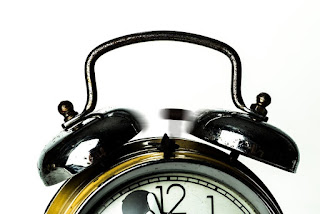 The day I was booked to test the CPAP machine started like any other day. Coffee first and foremost, crazy mad rush to get Sam to school and then to town. I needed to buy some goodies for the wedding. T-minus 14 days. Around 9am I get a phone call from the Neurologist making sure everything is still on for that evenings test. Half an hour later I get a phone call from the medical aid. They haven't approved the test for that evening. Reason being? My sleep apnoea isn't severe enough. OK, so if you suffer more than 5 apnoea's an hour it is considered abnormal. If you suffer more than 10 it starts to seriously affect your life. I suffer 25 apnoea's in an hour. What did they want? No, it needs to be over 30. Even the neurologist didn't have words.

It is at this point that I burst into tears. The shear frustration of being so close to testing a solution and the medical aid is being an ass. The amount of money paid to them on a yearly basis could have paid for everything without the schlep of dealing with them. So we calmly, (mostly my fiancé was calm, and I was a raving lunatic) went to see a consultant to find out what we can do to motivate the need for the test. I "calmly" told him I won't speak to the woman because I will voice my displeasure in a very foul mouthed way. So fiancé did the talking. It was fine. Fine. Until the wench phoned the head office to find out why I was declined. The way she spoke lowered her regard in my eyes as her blatant "we have you by the balls because you need our money" attitude had me wanting to hiss like a snake. So from hence she will be known as wench. I remained quietly seething because I need the damn money. 4pm that evening they emailed, not phoned, EMAILED to let us know they have reviewed and accepted the test. Now perhaps at this point you are curious about who it is, but no there isn't a point in saying who it is because they are all the same. Medical aid, car insurance and house insurance fall into the bracket run by hypocritical snakes. I imagine a building filled with Martin Shkreli's.

I did the test. Very weird machine. When you breathe in it blasts you with air and sort of switches off when you breathe out. Eventually I fell asleep. The next day had everything removed and I was hoping I will feel different, renewed, ohmygosh my brain spent the night oxygenated. Well, I did feel different. Found out there is such a thing called CPAP hangover. So due to dehydration the machine can cause; it gives you the same feeling like you were partying the night before. To counter it, is to ensure you drink well during the day. Now with all the stress and running around I truly cannot recall how much water I drank and probably that alone says not enough. 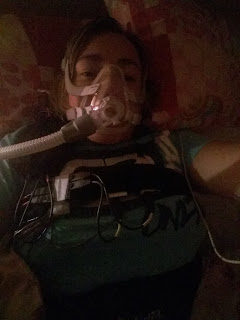 I now await the results to determine what type of machine will be best for me. I will most likely find this out after the wedding so no more pressure along those lines then. And then I can feel better about getting all my motivations from my doctors to give to the medical aid for my own CPAP machine. I am at least better prepared and hopefully I can talk to them via email. Since that is their preferred method of screwing...I mean talking to people.

My next post will be far happier. A wedding post! The date is the 24th of March. I will talk about planning and all the craziness leading up to it which at this point I really hope is not that crazy.

Popular posts from this blog

January 04, 2019
They say when you get married you get too busy to do anything else. I suppose that can be true for couples who never lived together and there’s a whole new dynamic to get used to. However, myself and Michal had been living together for some time already. Falling into the rhythm we had developed didn't take a huge leap. So why was my last post about getting married?
I got tired. Not just physically but mentally. It has taken me a frustrating six months to get used to my Sleep Apnea machine. I also spent a great deal of time recovering. I was on several forms of medication to assist my brain functions due to oxygen deprivation. Now my brain was getting the oxygen it needed and I was getting giddy. So after consulting with my doctor I began to wean myself off all my medication (slowly). It took about 3 months. I hit a horrible slump and panicked thinking I stopped them too soon, but no fortunately it was something else playing havoc with my hormones. The interesting thing about th…
Post a comment
Read more

December 15, 2017
I believe the best thing about a big party is getting to see family and friends that you don't often get to see due to distance and time. Time gets away from us all as we make our way through life.
Today is the birthday of someone very special in my life. My fiancé and very soon to be husband (if everything goes according to plan!) He entered my life some years ago. He was reserved and quiet. Exactly the kind of person I enjoyed yakking to. We lost contact and it was some years before we bumped into each other again.
This time he wasn't so quiet and reserved. I am glad he wasn't as we may have missed this opportunity to be happy. I remember the Christmas dinner he was introduced to the family. I think he was sweating. Even more so when he said he's going to ask my parents' permission (the very noble way of him) to marry me. I heard about his nerves afterwards.

Taking up the position of step father without a falter in his step. Providing us with tremendous suppo…
Post a comment
Read more

November 23, 2017
We are a blended family. What does blended mean? Well, divorce, separations, or death can cause a speed wobble on our way in life. And many times from this suffering and dark moments, something new can be born. Hard lessons are learnt and we are off to learn new lessons with new people. In our case step parents, children and adopted pets!
Currently, our "little" family consists of a little girl, her step father Uncle Michal, myself, 2 little dogs and 2 littler hamsters. Her biological father lives in a town about 2 hours from us. He has remarried and is a step dad to a girl and boy. I would say our setup is good but that is a whole other topic for another day. Michal has a son from a previous marriage, but that situation is somewhat more prickly. I have managed to glimpse the boy at school sporting events.
Let's start with the girl who'll tell you she's almost 7 years old. Of course a mother will brag. She is bright and has such a vivid imagination with a sensitiv…
Post a comment
Read more